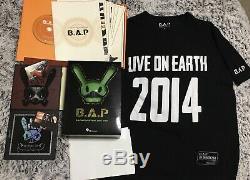 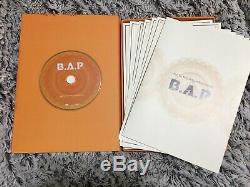 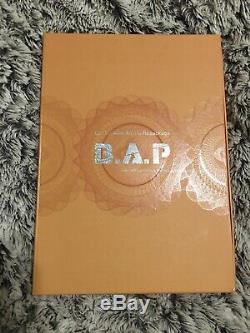 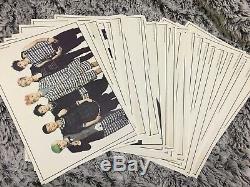 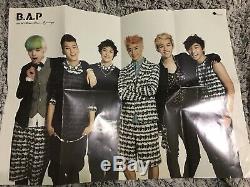 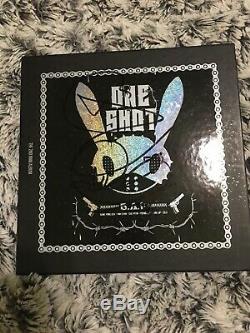 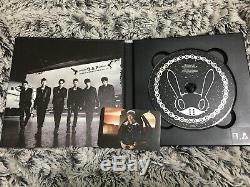 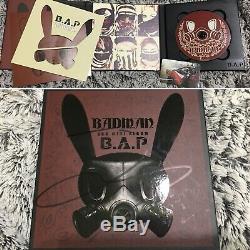 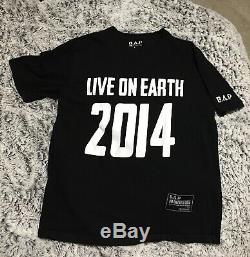 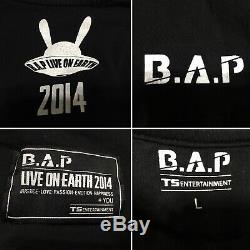 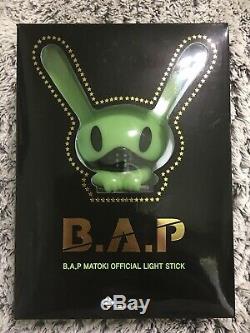 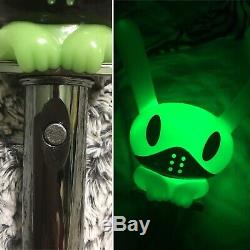 The shirt features a decorative tag on the front, the B. P name logo on the right sleeve, and a matoki spaceship that says B. P Live On Earth 2014 on the back. The albums are all in excellent, like-new condition.

They have some scratches on them from rubbing against other albums when they were displayed on a shelf, but it is only noticeable under direct bright light. The signatures are not affected in any way. It dims sometimes, but then it brightens back up after a while. When I first got the lightstick several years ago the button had some scratches on it so I concealed it with silver nail polish. It was only used at a concert once in 2014 and has been sitting on a shelf ever since. The folded group poster was up on my wall at one point, but it is not noticeable from the front and is in very good condition. The concert t-shirt is in excellent, like-new, condition. Only worn a couple of times. No tears, stains, or holes. This lot is weighed, measured, and carefully packaged when it is listed. If there is any item in this lot you arent interested in, feel free to resell what you dont want.