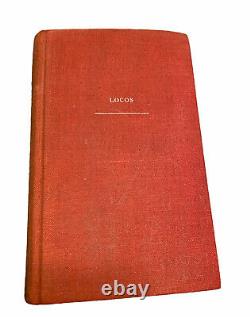 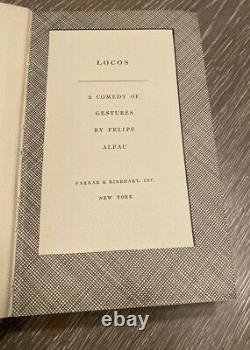 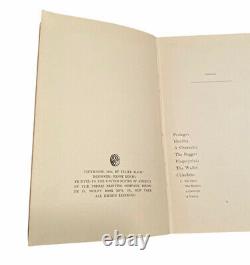 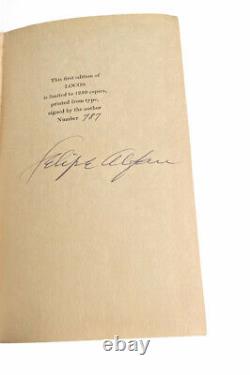 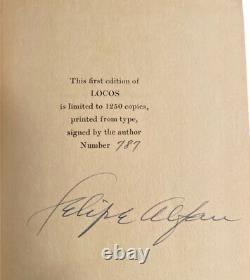 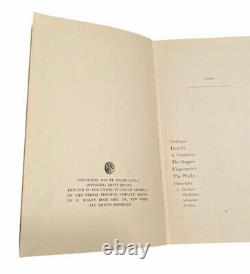 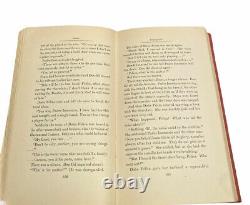 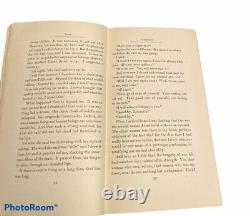 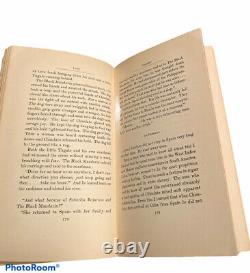 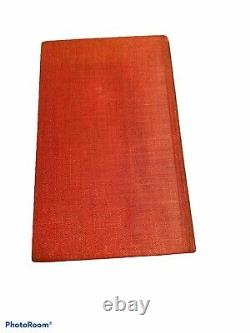 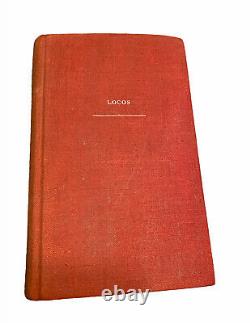 Rare Felipe Alfau Signed First Edition Locos 1936 Limited Edition 787/1250 VG. Done in red cloth with silver lettering. Signed by Alfau and numbered 787 out of 1250. The book had positive reviews including one by Mary McCarthy but then quickly disappeared. Born in Barcelona Alfau emigrated to the United States with his family at the age of fourteen. He lived in the United States for the remainder of his life.

Alfau earned a living as a translator. His sparse creation of fictional and poetic output remained obscure throughout most of his lifetime. Alfau wrote two novels in English: Locos: A Comedy of Gestures and Chromos. Locos - a metafictive collection of related short stories set in Toledo and Madrid, involving several characters that defy the wishes of the author, write their own stories, and even assume each other's roles - was published by Farrar and Rinehart in 1936.

When Moore asked if he had written any other books, Alfau produced the manuscript for Chromos, which had been resting in a drawer since 1948. A comic story of Spanish immigrants to the United States contending with their two cultures, Chromos went on to be nominated for the National Book Award in 1990.