Kafka On The Shore By Murakami, Centipede Press Signed Ltd. Ed #36/200 Sold Out 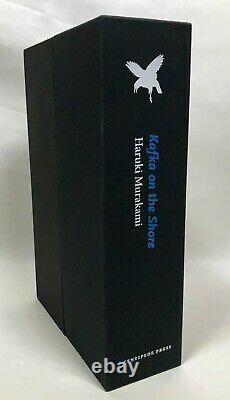 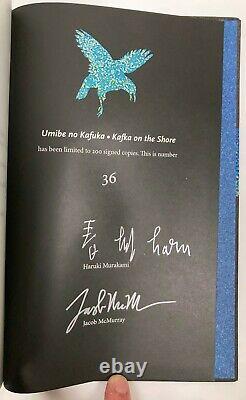 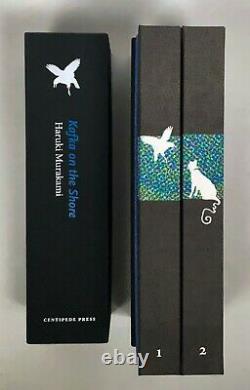 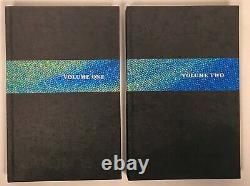 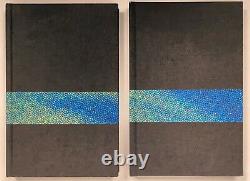 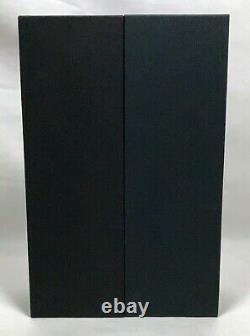 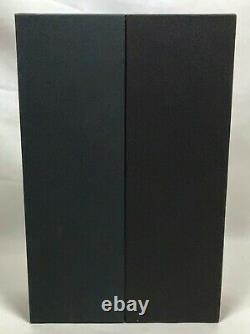 Low # 36/200 of the Signed by Haruki Murakami and others Limited Edition. Winner of the World Fantasy Award. In an interview posted on his English language website, Murakami says that the secret to understanding this complex novel lies in reading it several times: Kafka on the Shore contains several riddles, but there aren't any solutions provided. Instead, several of these riddles combine, and through their interaction the possibility of a solution takes shape. And the form this solution takes will be different for each reader. To put it another way, the riddles function as part of the solution. It's hard to explain, but that's the kind of novel I set out to write. Comprising two distinct but interrelated plots, the narrative runs back and forth between both plots, taking up each plotline in alternating chapters. The odd-numbered chapters tell the 15-year-old Kafkas story as he runs away from his father's house to escape an Oedipal curse and to embark upon a quest to find his mother and sister. After a series of adventures, he finds shelter in a quiet, private library in Takamatsu, run by the distant and aloof Miss Saeki and the intelligent and more welcoming Oshima. There he spends his days reading the unabridged Richard Francis Burton translation of One Thousand and One Nights and the collected works of Natsume Soseki until the police begin inquiring after him in connection with a brutal murder. The even-numbered chapters tell Nakata's story. Due to his uncanny abilities, he has found part-time work in his old age as a finder of lost cats. The case of one particular lost cat puts him on a path that ultimately takes him far away from his home, ending up on the road for the first time in his life. He befriends a truck driver named Hoshino, who takes him on as a passenger in his truck and soon becomes very attached to the old man. Kafka on the Shore is here published as a two-volume edition in a capped slipcase.

The books are bound in printed cloth and printed in two colors throughout. There are also ten double-page full-color illustrations by Jacob McMurray, five in each volume. The edition is signed by Haruki Murakami and Jacob McMurray, and the signed copies are limited to 200 copies for sale. The books are oversize, with ribbon markers and patterened endpapers.

Printing was accomplished by master printers in Verona, Italy. All book cloth and papers are Europe-sourced. The slipcase is lined in printed paper and wrapped in Dutch cloth and stamped in two colors on the spine. New artwork by Jacob McMurray. Limited to 200 signed and numbered copies.