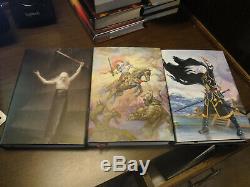 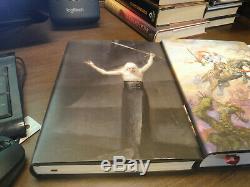 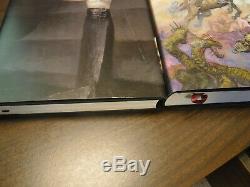 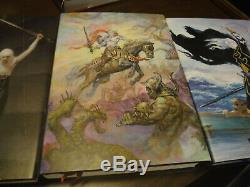 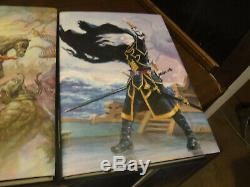 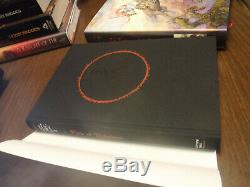 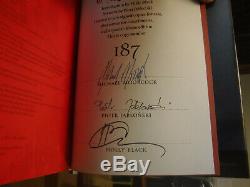 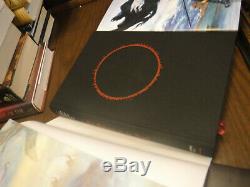 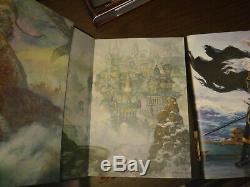 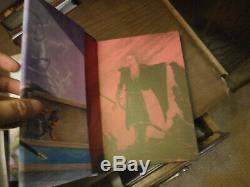 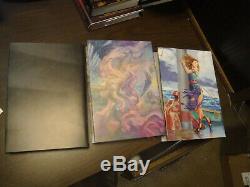 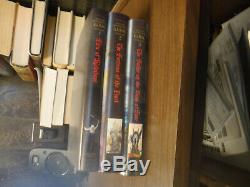 Only flaw is a slight scuff to jacket seen in pic 2 and 3. Ships well padded and boxed with the collector in mind. Limited to 300 sets, comes with rights of first refusal-this is planned to be 9 volumes with a possible 10th bonus volume collecting the art. I predict this will be a very sought after set for years to come, get it before they announce ordering for the next three books in the series. Here's what the publisher had to say on these. Signed edition is limited to 300 copies, each signed by Michael Moorcock, Piotr Jablonski, and Holly Black. Bound in full black cloth, stamped in three colors.

In any event, after thirty years of Thongors, Elaks, Kyriks, Duars, Donters, Braks, Whacks, Thugs and Thwacks, readers were sick of it. Somewhere along the way the writers (with the exception of the redoubtable Fritz Leiber) had forgotten all about the sorcery part of the equation, leaving the basic plot being the lumbering oaf facing off against the frail but far smarter and more powerful sorcerer, who in some act of hubris would manage to screw everything up and wind up with his head in a bag. To save us all, a young man from England arrived on the scene in the rather unlikely place of the pages of John Carnells. Michael Moorcock wrote stories about a character that, without his soul-drinking sword, was too weak to raise himself off the couch. Readers had never seen anything quite like the albino prince before and initially werent sure what to make of him. Playing on the theme of the Ultimate Outsider, Moorcocks protagonist wasnt even human in the strictest sense.

By the time the second novella saw print the readership had made up their minds: they loved Elric! Lancer Books brought out a two-volume set of Elric stories in 1967.

Gathered up the short stories. More Elric work followed, such as. The Sleeping Sorceress, The Weird of the White Wolf. And numerous other short stories, novellas and novels. Now, for the first time, the titles, contents, and order of the Elric stories appear exactly as Michael Moorcock has long intended, making the Centipede Press editions (ultimately 9 volumes, with a tenth volume of archival artwork) the most definitive sets of these books ever made available.

These are archival editions, with gorgeous illustrations and featuring guest introductions from some of the top writers in the field. Each volume will be signed by the author, introducer and artists. Elric of Melniboné, The Fortress of the Pearl. The Sailor on the Seas of Fate.

Via the add to cart button at right will secure all matching numbers for every book in the series. The complete contents pages of each book are shown below, as well as each books dustjacket, title page spread, and one of the interior illustrations.

Includes the novel of the same name and two short stories: Master of Chaos and And So the Great Emperor Received His Education. It also has an introduction by Holly Black and new artwork by Piotr Jablonski. The item "Michael Moorcock Elric of Melnibone SIGNED Centipede Press Matching Numbered HCs" is in sale since Wednesday, March 13, 2019. This item is in the category "Books\Antiquarian & Collectible". The seller is "glodowski125" and is located in Meridian, Idaho.