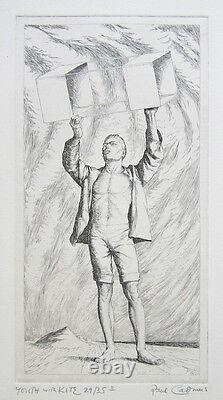 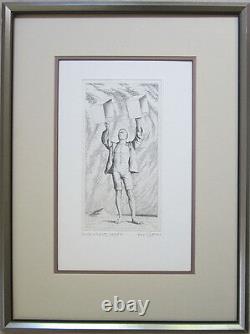 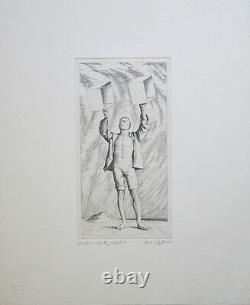 Born in New York City, Paul Cadmus was a figure artist whose preferred medium was egg tempera and his subjects are usually male figures treated satirically. He is especially known for a series called "Subway Symphony, " depictions of disagreeable types of city people. As an artist, he was dedicated to keeping figurative work alive in the face of total abstraction and non-objective painting. He studied at the National Academy of Design from 1919 to 1926 and at the Art Students League with illustrator Joseph Pennell and painter, Kenneth Hayes Miller.

Under Miller he learned revived Renaissance composition such as perspective and chiaroscuro as well as egg tempera painting techniques. From 1931 to 1933, he lived in Italy and traveled extensively in Europe, especially Spain, and was inspired to become a superb craftsman. He first stirred controversy and gained fame in 1934 with his painting done in Majorca titled "The Fleet's In, " a satire of sailors on shore leave carousing with homosexuals and prostitutes.

It was so upsetting to Navy brass that their protests caused it to be withdrawn from public view. He has also done mural work for the Works Progress Administration, many crayon and chalk drawings and worked in silver point and casein on hand-toned papers.

He maintained a studio in Weston, Connecticut and lived into his 90s. The item "PAUL CADMUS Signed 1941 Original Etching Youth with Kite" is in sale since Saturday, May 11, 2013.