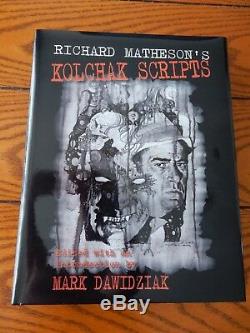 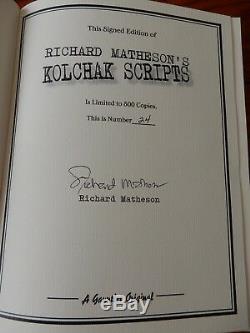 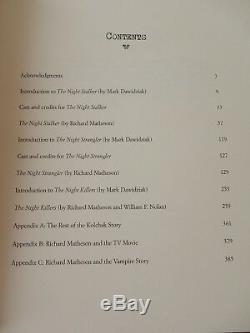 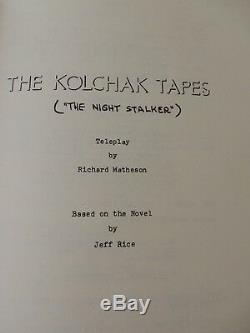 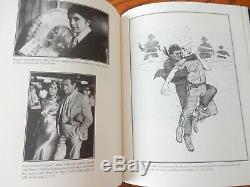 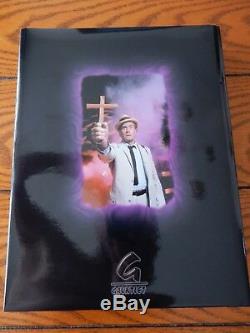 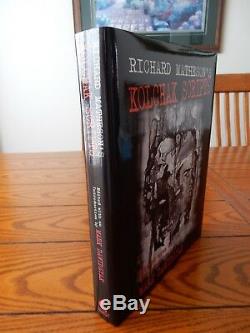 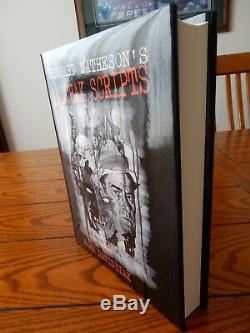 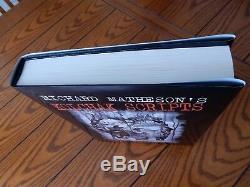 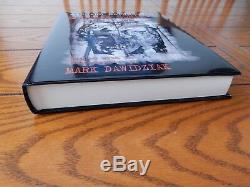 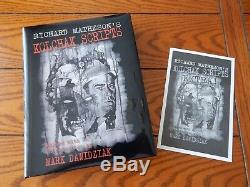 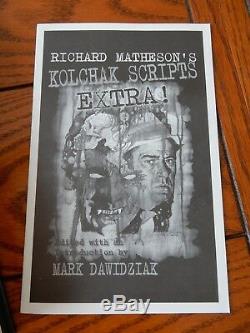 Up for sale is an Out of Print hardcover copy of Richard Matheson's Kolchak Scripts. Also included in this collection is "The Night Killers, " Matheson's unproduced third Kolchak script co-written with William F. Nolan of Logan's Run fame. The first script, "The Night Stalker, " introduces us to Carl Kolchak (played by Darren McGavin), a newspaper reporter who finds himself in Las Vegas, trying to stop a real vampire. In the second script "The Night Strangler, " Kolchak discovers that a serial killer strangling women in Seattle is in reality a 144 year-old man trying to find immortality.

This oversized 8-1/2 x 11 book presents Matheson's scripts as they were originally typed. Both the book and dust jacket are in Brand New, Unread condition. This sale also includes a Bonus Chapbook which contains additional photos and artwork. The item "Richard Matheson's Kolchak Scripts Signed/Limited Edition #24 of 500 New" is in sale since Sunday, April 29, 2018.

This item is in the category "Books\Fiction & Literature". The seller is "gucci04" and is located in Matteson, Illinois. This item can be shipped to United States.