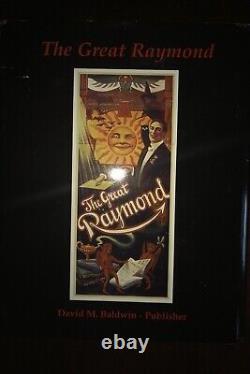 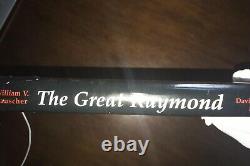 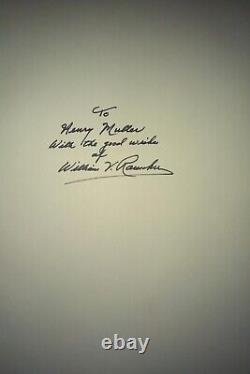 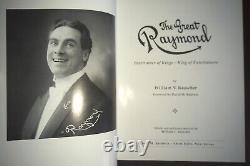 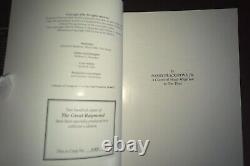 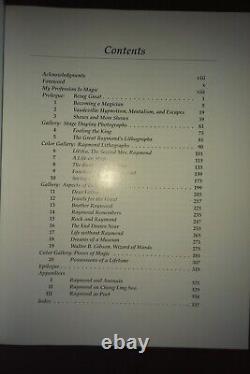 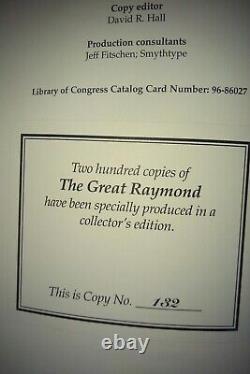 This is the only numbered limited edition version for sale anywhere. Do not confuse this with the unnumbered edition for sale elsewhere online. Dust Jacket: Significant tear taped at top -- see photos and video.

This fascinating book takes you on a magical journey around the world seven times with The Great Raymond, a Master Magician of remarkable charm and skills. Learn about the hardships, trials, and glory of theatrical magic from the 1900s to the 1940s. Thrill to stories about Raymond's travels, his magic and his lectures on such exotic topics as his Shrunken Heads from Ecuador. This 343-page book with three appendixes includes full-color reproductions of 19 exquisite Raymond posters, a number of which are believed to be one of a kind, and 24 pages of rare full color photographs of Raymond's equipment and costumes.

In addition, the reader will find more than 100 black-and-white illustrations depicting Raymond's fabulous stage settings, illusions, personnel, advertising, and scenes from a lifetime of magic. The authors' personal friendship with Litzka Raymond Gibson lends a special insight to this remarkable story which is a major contribution to theatre history. Xiii My Profession Is Magic xiii. Vaudeville: Hypnotism, Mentalism, and Escapes. 61 Gallery: Stage Display Photographs.

334 III Raymond as Poet 334. The Great Raymond is an important addition to magical biography, imbuing the legend of a great showman with much fascinating factual detail presented via interesting text and beautiful graphics, within the covers of a handsome volume that must surely appeal alike to bibliophiles and collectors.

One of this book's greatest attributes is the wealth of high quality photographs of Raymond, taken throughout his life. I have never seen a magic history book quite like it. The Great Raymond is perhaps the best biography of the decade... A wonderful way to put yourself into those adventuresome years of the early part of the century, when magicians were not only magical performers, but also world travelers and explorers. This is a must for every historian and collector, and the rest of you will enjoy it tremendously as well. You have produced a wonderful book that tells the real story of why the Great Raymond was great! It is one of the most magnificently produced books of magic history that I have ever seen.

He began performing as a young man in the United States, but achieved success first in England. Raymond played in the Vaudeville circuits and in 1910 he made a tour of Australia, spending considerable time in the Far East. One act that Raymond was known for was his "Mytempsicosis - fastest trunk escape in the world", performed with his wife, Litzka.